As an independent documentary film, “Dear Walmart” has thus far been funded through the generous support of individuals who believe in this film and the need for this story to be told.

We had our world premiere in Washington, D.C., May 3, 2019, at a sold-out screening at the D.C. International Film Festival. The film received a very enthusiastic response from the audience, including a standing ovation at the end of the screening. 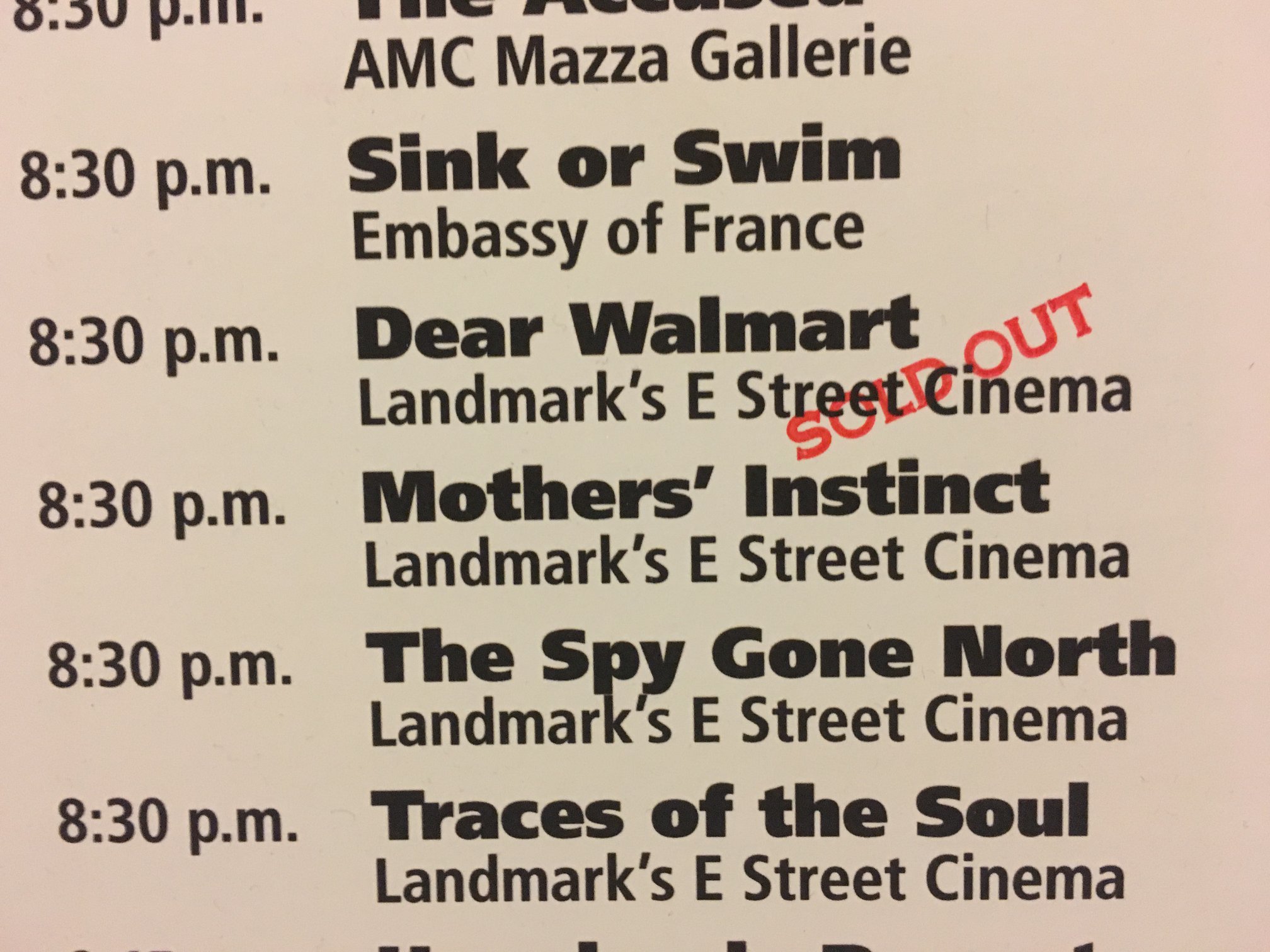 Now that the film has premiered, we need to raise additional money to cover outreach, marketing and distribution. Our goal is for this film to be seen by audiences in communities across the country — and in every city and town that has a Walmart! We want to bring together customers, workers, and community leaders to spark dialogue around workplace fairness, income inequality, economic justice, living wages, and how people organize to make change happen. As we head into the 2020 presidential election cycle, these issues should be at the center of national discussions.

In 2014, we were astounded by the support for our Kickstarter campaign, which raised over $50,000. This money covered more than a year’s worth of filming with our main subjects and with the movement of Walmart workers in Arkansas, Arizona, California, the District of Columbia, Florida, Maryland, New Jersey, New York, Washington state, and more. Our Kickstarter campaign, and the enthusiastic audience response at our premiere, underscored for us that there is a true hunger for this story, and a need to tell it from the ground-up.

We are so grateful for the support we have received for this film thus far! Please consider a donation to help get this film, and the story of these courageous workers, before even more viewers. All donations are tax deductible through our 501c3 fiscal sponsor Docs In Progress. You can help us bring the stories of Walmart workers and their historic movement to the big screen in cities and small towns everywhere!

If you are a distributor interested in learning more about the release of this film, please email us at [email protected]


Donate via our fiscal sponsor, Docs in Progress:


Pay with a Check

Donations by check should be made payable to "Docs In Progress" with "Dear Walmart" noted in the memo line and mailed to: