If you are in the L.A. area, we would love for you to attend one of two screenings we are having at the end of October at the Laemmle Theaters. Filmmakers and film participants will participate in a post-screening Q&A both nights.The Pico Rivera Walmart, just east of downtown L.A., was a hotbed of worker organizing and OUR Walmart campaign actions. Walmart abruptly closed the store in 2015, laying off hundreds of workers with no notice. Some of these workers will be at the screening and this will be a chance to hear directly from them. Tickets may be purchased directly from Laemmle Theaters.

We are excited to announce that “Dear Walmart” has been picked up for worldwide distribution by Virgil Films Entertainment.  In coming weeks, the film will play in a limited number of venues. It will then officially roll out on iTunes, Amazon, and Vimeo on November 19, 2019.

As you likely know, Walmart workers and activists turned Black Friday into a national day of action in recent years. In 2014, when we were filming extensively with the OUR Walmart campaign, over 1,000 actions took place at Walmarts across the country. That incredible grassroots effort is part of the story told in the film.

Our new theatrical trailer for “Dear Walmart” is now out and can be viewed on Vimeo and on our DearWalmart.com home page. Thank you to our amazing editor, Leola Calzolai, for creating this piece. Please share widely! 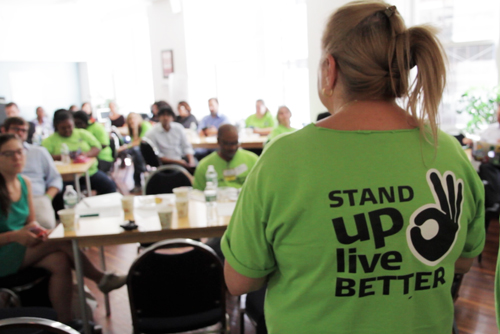 For more than three years now, we have been documenting the historic movement of Walmart workers who have been standing up, speaking out and organizing for change at the largest private-sector employer on the planet. Over the past year-and-half, we have had a succesful crowdfunding campaign (thanks to our 581 Kickstarter backers!), scores of filming days with our characters around the country, hours of brainstorming on the title, and months of strategizing for a nationwide grassroots screening release.

Today, we are thrilled to announce that the documentary project formerly known as “Can’t Take It No More!” is launching its website, trailer, outreach campaign and new film title — “Dear Walmart.”